This is a resources page dedicated to Caribbean Feminism, historical Women’s Movements and existing Feminist and Women’s Organizations in the Caribbean. 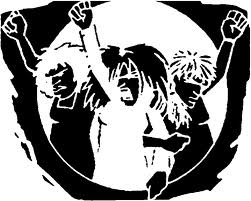 The Women Speak Project – “The WomenSpeak Project’s Mission is to provide a forum for women to tell their stories of discrimination and the ways it has affected them.”

CODE RED Women’s Circles [Barbados] – “Code Red for Gender is a feminist activist collective of Caribbean women, men and everyone else between or beyond the binary. We  recognise everyone’s right to a good life.”

Women’s Movements and Caribbean in the Commonwealth Caribbean: The Response to Global Economic Crisis in the 1980s. [Feminist Review No. 59, 1998.] by Rhoda Reddock [JSTOR]

** Abstract: In this paper I explore the emergence of women’s organizations and feminist consciousness in the twentieth century in the English-speaking (Commonwealth) Caribbean. The global ideas concerning women’s equality from the 1960s onwards clearly informed the initiatives taken by both women and states of the Caribbean. None the less, the paper illustrates, by use of examples, the interlocked nature of women’s struggles with the economic, social and political issues which preoccupy the region’s population. I examine in greater detail two case studies of women’s activism and mobilization around the impact of structural adjustment policies in the two territories of Jamaica and Trinidad and Tobago. By tracing the connections between and among the organizations and initiatives of women in the region, the paper situates the feminist movement in the English-speaking Caribbean as a continuously evolving one, fusing episodic struggles in different territories, engaging women of different classes and groups, and continuously building on past experience.

Why the Insecurity Around Women’s Movements? (Grenada) by Richie Maitland

**An article that challenges the misogynist attitudes of Grenadian men in power against feminist activists in Grenada. Maitland writes, “In Mr. Jawahir… suggests that ‘these people’ (women’s organizers in Grenada), are urging women to leave their spouses and so are contributing to social decay. This suggestion fails to realise that a woman leaving her partner doesn’t inherently contribute to social decay while unhealthy relationships, homes and families do.”

**   Abstract: Women in Trinidad have made enormous gains during the last twenty years in relation to equality in education, employment and equal pay. Nevertheless, there has been a backlash which is experienced by all women regardless of class, ethnicity, professional standing, or position. It is as if the society (read male-dominated patriarchy) allows women freedom on the one hand, but ensures that there are still mechanisms for control. My hypothesis is that violence, the ultimate and most fundamental form of control over a person, is the mechanism which is used to keep women from ‘getting outta hand’ in Trinidad. The lyrics of some calypsos give us a revealing picture of attitudes to changing gender relations, and in particular to violence towards women.

Towards Indigenous Feminist Theorizing in the Caribbean by Patricia Mohammed

**Abstract: This attempt to develop an indigenous reading of feminism as both activism and discourse in the Caribbean is informed by my own preoccupation with the limits of contemporary postmodern feminist theorizing in terms of its accessibility, as well as application to understanding the specificity of a region. I, for instance, cannot speak for or in the manner of a white middle-class academic in Britain, or a black North American feminist, as much as we share similarities which go beyond the society, and which are fuelled by our commitment to gender equality. At the same time, our conversations are intersecting as a greater clarity of thought emerges in relation and perhaps in reaction to the other. Ideas of difference and the epistemological standpoint of ‘Third World’ women have been dealt with admirably by many feminist writers such as Chandra Mohanty, Avtah Brah and Uma Narayan. In this article I draw on the ideas emerging in contemporary western feminist debates pertaining to sexual difference and equality and continue my search for a Caribbean feminist voice which defines feminism and feminist theory in the region, not as a linear narrative but one which has continually intersected with the politics of identity in the region.

An Open Letter to Caribbean Men from Caribbean Women

WomanSpeak : A Journal of Writing and Art by Caribbean Women