Throughout the last several centuries of global enslavement and wages, Non-European people’s lives, work, and acts of resistance in the Caribbean have directly innovated the foundations and value systems of global capitalism, and in connection, the frameworks of histories, sciences, and representational aesthetics. At the same time, these enslaved and waged people have hybridized a long remembrance of their past cultural, social, political, and religious experiences from around the world.

Considered within this conditional crux, Caribbean cultural forms have developed a conscious capacity to play with time and space, especially within the last century. For example, a Caribbean novel can leap “forward,” as well as “backward,” as well as speculatively vault “across” times, because its people have been integral to the creation of how human activity is narratively measured. As well, a Caribbean novel can traverse lands from around this world and others because its people, their ancestors, and new generations travel these vast distances.

With this preliminary annotated bibliography below of Caribbean Futurisms and list of related genealogical contacts of Afro-Futurisms, I invite fellow decolonial time/space travelers to crowd-source a map of wider experimental conjunctures and affinities of these non-Western cosmologies. 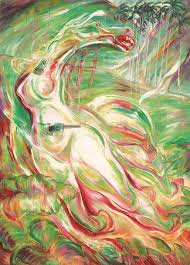 James writes a profoundly illuminating portrayal of the enslavement trade and successful Haitian revolution. The book is originally released in 1938 during the rise of fascism and Caribbean labor revolts, then in 1963 with a new appendix on the significance of the Cuban revolution and decolonization struggles, and then reprinted in 1989 during the rise of neoliberalism and global resistance to it.

In these foundational essays of Caribbean Futurisms, Brathwaite critiques crudely developmental concepts of the region, gestures toward an underground of cultural meanings from which to chart alternatives, and sketches a typology of various all-too-hidden Caribbean cultural cosmologies. Brathwaite’s other works on poetry, language, and technologies have also contributed trajectories to Caribbean Futurisms.

Maximin offers a fictional Guadeloupean counter-point novel to James’ historical work, in which he loops across time the lives of people “from the days of slavery through its abolition in 1789, Napoleon’s invasion and the return of slavery, through WW II and Petainist rule” (Publishers Weekly), to the late 1960s. Notably, such Black power figures as Angela Davis and George Jackson find their way into the text’s nimble time frames.

Michel-Rolph Trouillot – Silencing the Past: Power and the Production of History (1995)

Trouillot unfolds a deeply insightful examination of the ideologically and materially dominant forms of historiography, using such mis-remembered events as the Haitian revolution and the “defense” of the Alamo, and presents a compelling approach for uncovering and narrating hidden histories.

In the counter-historiographical tradition of James, Buck-Morss redefines the center of Western philosophy’s gravity by arguing how G.W.F. Hegel’s conceptions of freedom and enslavement were directly inspired by the Haitian revolution, and further conjures new interpretations on how some of the revolution’s participants may have been religious scholars and Freemasons.

Caribbean: Crossroads of the World (2012)

An incredibly vast exhibition featuring over 500 artworks across four centuries in three non-Eurocentric New York City museums, Caribbean: Crossroads of the World signaled both exciting possibilities for trans-historio-spatial cultural exchange, and also a neocolonially commodifying project that sold “Caribbean passports” to see carefully selected representations of Caribbean artistry in austere artworld environments. In contrast, another Caribbean crossroad of the world can be found every September at the West Indian American Day Carnival on Eastern Parkway, Brooklyn.

Josephs lucidly conjoins the general characteristics of Afro-Futurism with a Caribbean Futurism created in Erna Brodber’s novel the Rainmaker’s Mistake. The author considers different conceptions of freedom that can be practiced in the realms of Africana science fiction and fantasy. In the process, the article thoroughly traces some foundational texts of Afro-Futurism, while making a case for a particular Caribbean cosmological field in which people can further dynamize the genre.

This interactive “Digital Humanities” approach to honoring the centennial of Aimé Césaire attempts new directions in cultural dialogue across time and space. Several academic scholars posted and responded to each other’s posts on a series of questions about Césaire’s legacy, and a dozens of participants crowd-sourced a digital bibliography of the author’s work.

Antoni weaves together a mid-nineteenth century story of a family’s travel across the Atlantic into a doomed colonization experiment, and a contemporary novelist’s adventures in mining archive records in the Trinidad and Tobago national library. In specific annotated moments of the physical print novel’s narrative, the author invites the reader onto a virtual portal experience through a compendium website that includes short films and digitized print archives. 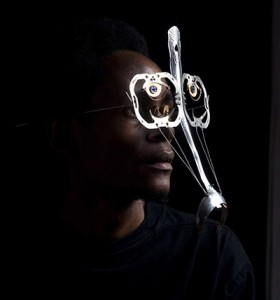